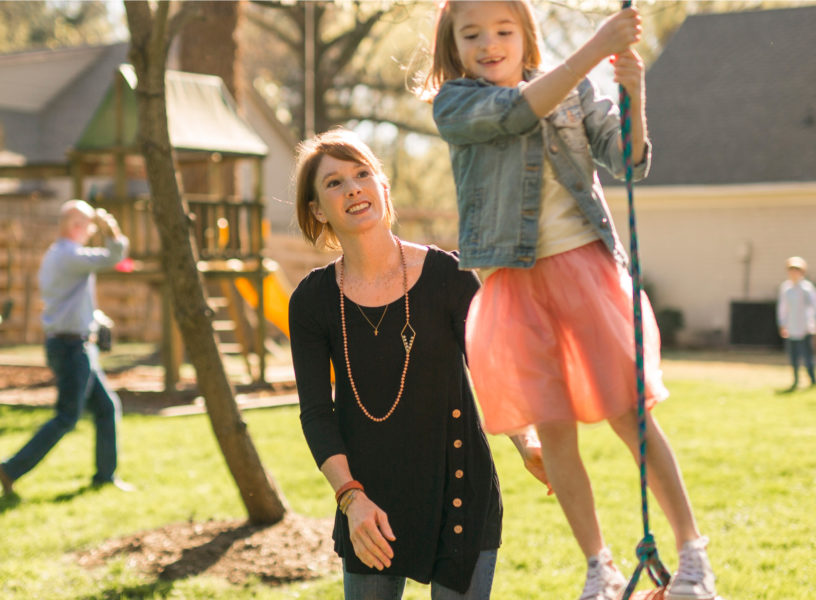 My husband looked at me and said, “I need you to teach me how to fix her hair.” It was December of 2010, and we were sitting in an oncology office after hearing the news that I had stage IV melanoma.

Cancer. Not just a little bit of cancer, but a lot.

No one had to tell us how bad it was because we kind of already knew. The nurse left the room, and it was the first of many times where silence in a doctor’s office was entirely too loud.

My mother had passed away just a year earlier, and I remember sitting with her in a clinic praying that I would never have to come back. Yet, here I was again in the exact same place — only this time it was me. My independence seemed to be immediately stripped, and my choices were limited to offering the veins in my right arm or left. The one choice I decided to make was to look for the positive and to never look back. My children needed a mother.

My husband, Stephen, and I started searching for treatment options on the advice of my first oncologist, who told me to “go home, pray, and look for a clinical trial.” His advice was lifesaving. We spent all of Christmas holidays researching, calling and getting opinions. We walked into Vanderbilt-Ingram Cancer Center for the first time in January of 2011 and walked out with some sense of peace for the first time in a month. We knew we were in the right place. As Jeffrey Sosman, M.D.,  scribbled names of drugs on a paper during that first visit, I listened, trying to remember them so that I could look them up later. They were all experimental, and the idea of being a science experiment was frightening, but I had nothing to lose.

My first treatment, high dose interleukin-2, began in February 2011. It promised to be nothing less than torturous, but if it worked, it could work well. I was all in — I got the full 14 doses the first week, went home and went back for more. When the follow-up scans showed new tumor growth, I was disappointed. My sense that nothing about this was going to be easy was validated. Dr. Sosman immediately went to work to prepare me for a clinical research trial for a drug called MDX1106 (nivolumab) — the same letters and numbers he had scribbled on a piece of paper a few months earlier. I sat in a room and signed my name to more papers than I had seen since closing on our house. Only this was not a house. It was my life.

In the summer of 2011, I started the clinical trial protocol, an infusion that would be every two weeks in eight-week cycles followed by scans to check progress. Every other week, I drove three hours to Nashville for the infusion and made it back home just in time to tuck my kids into bed. I continued working fulltime as a pediatric physical therapist, and we tried to keep life as normal as possible for our kids. We learned how to live life in a pressure cooker.

Progress, then a second diagnosis

It is not surprising that I did not take well to the sick role. I looked for ways to have control, whether it was choosing when I would allow the nurses to hook up the IV so that I could be mobile or only choosing a room without a bed because beds are for sick people. I am a firm believer in how you show up. I have never walked into that cancer clinic without making every effort to look my best. Some days I was more successful than others. The first scans, amazingly, showed shrinking tumors and after so many months of discouragement, this was the push we needed to continue. We watched scan after scan, as my disease was either stable or smaller and celebrated each one with a guarded kind of joy.

In spite of my progress, I started having numbness and back pain that progressed to the point that I could no longer walk steadily. An MRI revealed a tumor pressing on my spinal cord at the thoracic level. I knew I was in trouble when I saw it on the screen. My options were limited and nothing was promised, but I was in surgery 12 hours later.

Over the course of the next six months, I regained strength and taught myself to walk again. The drug company for the clinical trial agreed to allow me to continue the infusions, and I was thrilled to return to my “normal” Vanderbilt routine. Once again, there were complications. My white blood cell count continued to rise to the point that I had to stop the infusions; and in a whirlwind of a day, I found myself in the office of Sanjay Mohan, M.D., with a new diagnosis of chronic myelogenous leukemia (CML). Most people would have been devastated, but the only words I heard were “there are drugs to treat it,” which seemed like a much better place to start than with my first cancer.

What we all knew, but no one discussed, was that I could no longer receive treatment for the melanoma tumors that were still present, so it was a very “wait and see” approach.

This is where it gets interesting. To say that I relied on anything other than complete faith would be a lie. Over the course of the next several months, we watched my blood counts return to normal. The melanoma tumors continued to shrink. The experimental immunotherapy drug had taught my body to fight melanoma, and it was continuing to do so. That is one smart drug. The other drug, a targeted CML therapy, was working on the leukemia. By the beginning of 2013, I was in remission for both cancers and have remained in remission since. That fall, I ran my first 5K, the Music City Miles for Melanoma in Nashville, and came in first in my age group. By any standards, I would consider this nothing short of a miracle.

Throughout all of this, I’ve not only learned to live with cancer, but to live in spite of it. If someone had told me five years ago that I could call out spelling words, cook dinner and rattle off the names of the latest research drugs for melanoma at the same time, I would have thought they were crazy. Over the past five years, we have watched the treatment options go from very few and ineffective to promising and FDA-approved. I would guess that not one soul with stage IV cancer signs onto a clinical trial with the idea of how many people they can help, but what happens in the process is really amazing. Very sick people who were given no hope are getting well and living life while simultaneously advancing science and medicine to improve the lives of those who will benefit in the future.

The concept that the immune system can be taught to fight cancer is no longer an idea in a lab, but instead comes to life each time my scans are clean, I watch my son run across home plate or I watch my little girl dance on stage in her pink tutu.

Without a doubt, I did not get to this place in my life alone. The support from our family, friends, and doctors has been overwhelming, and Stephen has never wavered in his devotion to me. Dr. Sosman, Dr. Mohan and the staff at Vanderbilt-Ingram Cancer Center have been a huge blessing to us and made us feel as if we have a team rooting for us every step of the way. I look at research completely differently now. Each time a new drug is discovered or a new pathway is uncovered, it not only is one more step forward in curing cancer, but it also allows for more opportunities for mothers to hold their children and husbands to hug their wives. I believe my story is one where science, faith and love have intertwined. With every clean scan, I know I’m not home free, but I thank God for giving me more days.

I continue to follow up every four months at Vanderbilt for scans and take a targeted drug (Tasigna) twice a day that keeps the CML under control. Other than that, I have the same ordinary kind of life as every working mother. Cancer certainly does not define who I am, but it has helped shape the way I live. I have perspective on what matters in life and try to teach my children the same. I have more compassion for others and live with gratitude. Someone asked me recently if I knew how lucky I was. My answer was, “Luck is winning the lottery or a front row seat. I won life.”

With every tumor my doctors counted on the screen, I only saw the faces and the futures of my children. Some days, motherhood was my only driving force, but what a fiercely strong force it is. I am grateful for a career that allows me to do what I love while encouraging other mothers in their own journeys. I am grateful to live this life, to find joy in each day, and to celebrate every milestone. I am honored to hold my husband’s hand as we navigate this life together, one day at a time.

Kimberly Jessop lives in Germantown, Tenn. She and her husband, Stephen, started the Miles for Melanoma Memphis 5K. She is a mother of two and a pediatric physical therapist, and she lives each day with gratitude. This story originally published in the Summer 2016 issue of VICC’s Momentum magazine. 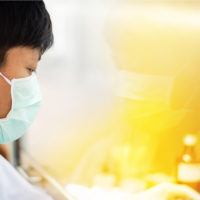 Vanderbilt-Ingram Cancer Center conducts many clinical trials for cancer drugs. Learn more about how clinical trials work, or whether you are eligible to participate in one. 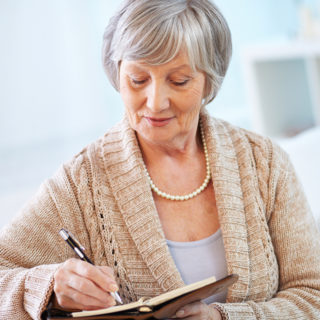 Checklist: What questions to ask your oncologist or hematologist 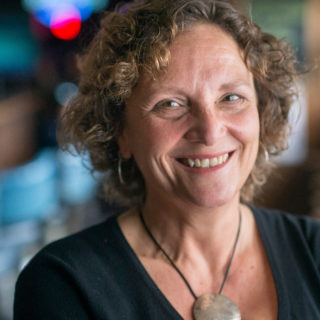 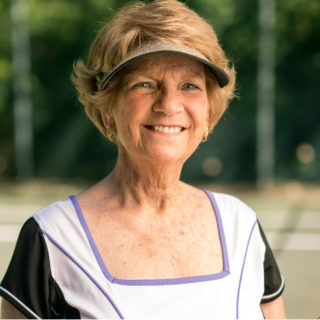