A pediatrician answers questions about measles, vaccines and protecting families

Measles outbreaks in several states are worrying parents and doctors. What to know about this potentially serious disease.

You may have seen recent news stories of measles spreading in several places across the country. Measles not only makes children feel really awful, but it can also have serious or possibly fatal complications. Here, Joseph Gigante, M.D., a pediatrician at Monroe Carell Jr. Children’s Hospital at Vanderbilt, answers common questions about measles and the vaccine that can prevent it.

Question: How alarmed should parents be about this rise in measles cases here in the United States?

Answer: It’s very concerning. There were more than 600 cases of measles reported nationwide as of mid-April 2019. This is the second highest annual number of cases of measles in the last 25 years.

Question: How serious is a measles infection?

Answer: It’s very serious. Kids will feel lousy, first of all, and they are very sick when they get the measles. What we worry about are some of the complications that can occur as a result of measles. You can get pneumonia, you can get ear infections. You get an infection of the brain called encephalitis. And one in 1,000 people who get measles will actually die from it, so it’s a very serious infection.

Question: How easily does measles spread?

Answer: It spreads like wildfire. It is one of the most contagious infectious diseases out there. When we see vaccine rates start to decrease, where fewer and fewer parents are vaccinating their kids, measles is usually the disease that comes up first in the outbreaks that [result], which is I think one of the reasons why we’re seeing the measles outbreak that we’re seeing, not only here in the United States, but around the world as well.

Question: How does measles spread? Is it true the virus can linger someplace for two hours?

Answer: It’s spread through respiratory droplets. It can lay around; it can stay around for as long as two hours. So, if I had measles and I coughed and sneezed and I left the room, and you came into the room within that two-hour window and weren’t immunized against measles, you could very easily get the measles. So, in those folks who haven’t been vaccinated, nine in 10 people are susceptible to getting measles.

Question: So if you’re exposed to it and haven’t been vaccinated, chances are you’re going to get it.

Answer: There’s a 90 percent chance you will get it if you haven’t been vaccinated and you get exposed to someone who has had the measles.

Question: How soon will the symptoms appear?

Answer: If we are exposed to measles today,  there’s a 10- to 14-day period when there are no symptoms. After that, we’ll see the early symptoms. So what parents should be looking out for is high fevers, kids feel lousy, they have a runny nose, they have watery, runny eyes and they’ll have a cough. These symptoms are worse than a typical cold. It’s almost more flu-like, because the children feel really bad. They just have no energy, a great deal of fatigue. A couple days after you see those symptoms, the kids will break out with the rash. You’ll see the rash on the face or the neck and it spreads throughout the body. The rash will last for several days after that.

Answer: It’s a red rash, with flat red spots all over the face. It’s a very impressive-looking rash. One of the things that makes it so noticeable is you see it on the face first. Then it spreads to the rest of the body.

Question: What is the best way to protect your child from this?

Answer: The best way to protect your child is to get him or her immunized. This MMR vaccine is for measles, mumps and rubella. The first vaccine is recommended when the child is about one year of age, and then we do a booster shot when children are 4 to 6 years of age. You hear parents mention “kindergarten shots.” The second MMR shot is part of that “kindergarten shot” series.

Question: If I had that vaccine as a child, do I need to get it again?

Answer: When the vaccine first came out, it was a single shot series, and it’s a very effective vaccine. One immunization confers about 92 percent protection against measles. But that leaves 8 percent of children who did not develop antibodies against the measles despite that shot, so the second shot is recommended at about 4 to 5 years of age. With that second shot, it gets you up to about 97 percent protection. It’s not 100 percent effective — but 97 percent effectiveness, I think, is remarkable and outstanding. For older adults who maybe only got one shot, there may be a risk. It’s small and slight, but there may be a risk that the one shot did not give them the immunity that we would have expected.

Question: But then you’re good for the rest of your life? If we’ve had that, we don’t need to get additional booster shots?

Answer: You’re good for the rest of your life, correct. That booster shot should occur when children are around 4 to 5 years of age.

Question: If someone chose to not get a child vaccinated, and now the child is 5, 7, 10 years old — can they still get this vaccine?

Answer: Absolutely. It is not too late to get the vaccine. So even if, for whatever reason, you’ve decided to not give the vaccine or delayed giving immunizations, it is not too late. Especially with what we’re seeing around the country and around the world, with this measles outbreak, I strongly urge parents: If you haven’t had your child immunized against measles, get it done.

Question: Are children the most at-risk group for measles?

Answer: There are different groups that are at risk. Because we give the first vaccine at 12 months of age, the very young infant, less than 12 months old, is at risk because they’re too young to get the vaccine.  Another group at risk is the older patient population. The elderly are at risk for developing some of the complications of measles. Another group we’ll see, at least in childhood, is children who have been diagnosed with cancer. So they’re being treated for their cancer. They’re not eligible to get the MMR vaccine. And then the other group of kids includes those who have chronic diseases requiring medicines that suppress their immune system. This goes to the point of the herd effect: If enough children get the MMR vaccine, that will protect infants and those children being treated with immunotherapy from getting measles. When the vaccination rate decreases, we start to lose that herd immunity, measles becomes more prevalent in the population and it puts those most vulnerable children at risk.

Question: If a child gets the measles but they don’t get one of those complications you mentioned, how long does it take for measles to run its course?

Answer: The incubation period is that 10 to 14 days before symptoms — and children are contagious from four days before they show symptoms to four days after the rash breaks out. They may have symptoms for about a week or so. After that, they should resume their normal health, with a full recovery and hopefully not develop any of the complications, such as pneumonia or encephalitis.

Question: If you’re a parent and one of your children gets the measles, should you take your other children out of the house?

Answer: Hopefully the other children have been immunized against measles. I think the best thing to do is to probably isolate them somehow. Obviously, there will be different ways of doing that in different family situations.

Question: There are many sources of measles information. What sources do you recommend for parents, and what should we ignore when it comes to accurate information about the measles?

Answer: The American Academy of Pediatrics has some great information. The CDC (U.S. Centers for Disease Control) has great information about measles, not only for healthcare providers, but also for parents. Some of the major universities, such as Johns Hopkins and Children’s Hospital of Philadelphia, on their websites have excellent information about vaccines and vaccine safety. Be wary of what you might hear or see on social media. It’s not as well regulated. Nobody is overseeing content on social media and some things you’ll read there are downright wrong. If you’ve got questions about the measles, talk to your health care provider.

FACT: Measles is one of the most contagious of all infectious diseases. With the recent measles outbreak, our general pediatrician Dr. Gigante shares important information about this illness and how to prevent it. 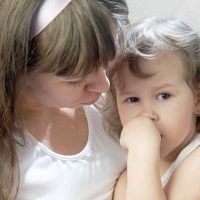 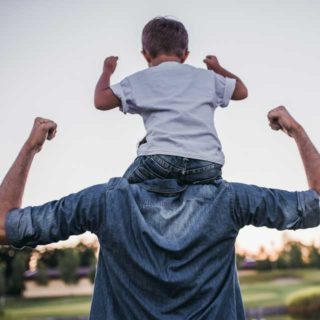