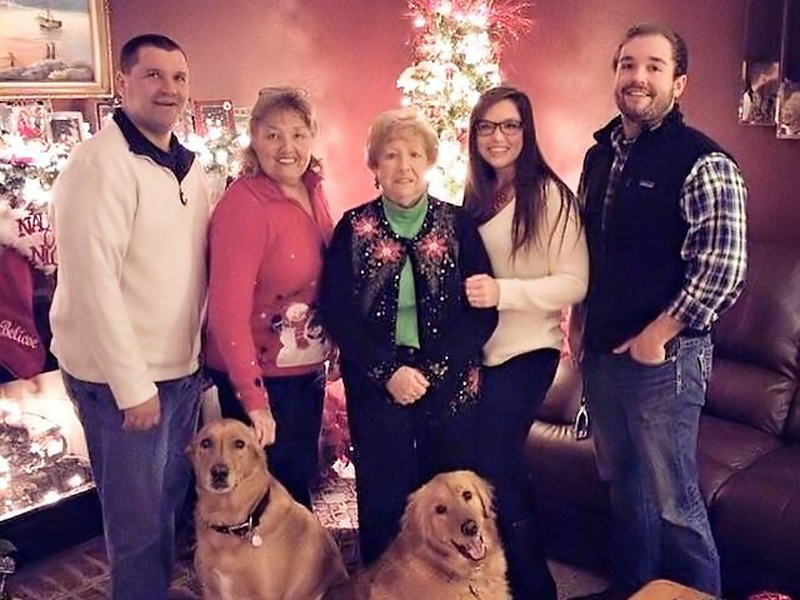 Lung screening improves odds for lung cancer survival. Learn who should be screened.

After smoking for decades, Susan Sager laid down her cigarettes one day and hasn’t picked one up since. That momentous day? It was the day she was diagnosed with lung cancer.

Like so many smokers, Sager started in high school, mostly because of peer pressure and because “that’s what we did in North Carolina.” As the years passed, her doctor prodded her constantly to kick the habit.

“We had to come to an agreement. He would quit harping on me to quit smoking if I would have a lung screening test yearly, which I did. I continued to do so when I moved here 14 years ago,” said Sager, a Franklin housewife.

That’s probably what saved her life. When her nagging cough wouldn’t go away, Sager followed up. The lung scan showed “little starbursts” in her lung, and more tests confirmed she had cancer. Her medical team moved swiftly to remove the upper right lobe of her lung. This December, she is celebrating three years of being cancer-free.

Those little starbursts, or nodules, are often the first indication that a serious problem could exist, and that’s why it’s so important for people at high risk for lung cancer get annual lung screenings.

“We’re screening people before they have any signs or symptoms. The hope is we’re finding earlier, more treatable cancers by doing annual imaging,” said Alexis Paulson, Radiology Nurse Practitioner and Clinical Coordinator of the Vanderbilt Lung Screening Program. “It’s similar to getting mammograms before there’s a symptom or concern.”

Who should get screened

Paulson said the ideal candidates for annual lung screening are healthy, between the ages of 50-77, and have a 20 pack-year history. “That’s the equivalent of having smoked a pack a day for 20 years, or two packs a day for 10 years, and they should have smoked in the past 15 years. If they meet that criteria, their insurance should cover the annual exam. They are at the highest risk for developing lung cancer and are who we’re trying to reach.”

Those criteria were established by the United States Preventive Services Task Force, an independent committee of physicians and researchers who make recommendations to Medicare about which populations are best served by a variety of different tests. For the lung screenings, the guidelines are based on extensive research that indicates this group is at highest risk to be diagnosed with lung cancer.

In the U.S., lung cancer is the leading cause of death from cancer and is estimated to claim 155,870 lives in 2017, according to the National Cancer Institute of the National Institutes of Health.

Those in the high-risk category who submit to annual lung screenings have a 20 percent better chance of surviving a lung cancer diagnosis thanks to early detection, Paulson said.

Even if someone falls outside the recommended parameters, they can request a screening and pay out of pocket for the test, she said. As for people who are already having respiratory problems, they should see their doctors for evaluation first.

“There might be other tests better for evaluating their symptoms,” Paulson said. “One thing we want to rule out is pneumonia, because it can obscure the results of the CT.”

The CT scan is painless and low-risk — the radiation exposure is slight, and the biggest risk is receiving a false positive — and has even resulted in incidental findings including cardiac calcification, kidney masses and other types of cancer that might not have been detected as early otherwise.

“Most people are happy to take that risk, like they are with mammograms,” Paulson said. “Some people realize they wouldn’t want to go through additional testing or wouldn’t want treatment for lung cancer. Lung screening is for people who want to be aggressive in detecting and treating lung cancer.”

As for Sager, she admits she still has cravings for cigarettes, but her grown children and her husband are happy she finally quit — and that she’ll hopefully be with them to enjoy life for many more years to come. The photo above shows her, second from left, with her husband, mom and kids; it was taken in December 2014, just 2 weeks after Sager’s lung surgery.

“November 10 was the day they told me I had lung cancer,” Sager said. “I just laid my cigarettes down. My mind was telling me I couldn’t smoke anymore. Do I still have cravings? Yeah. I have to remind myself, no, I cannot do this.”

She encourages anyone who smokes to get the annual lung screenings. “I was the only smoker in our family, and luckily I smoked outside. My kids were so happy I quit.

“We had no cancer in my family; I was the first. I can’t very well go and tell someone hey, you need to quit smoking. That doesn’t work. But if you’re going to smoke, you need to at least get the lung screening. Stay on top of it. That’s basically what I did. I would recommend it to anyone.” 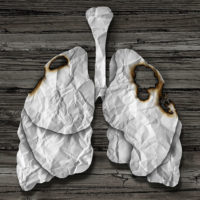 For more information about scheduling a lung screening at one of Vanderbilt’s three imaging locations in the Nashville area, go to VanderbiltLungScreening.com. 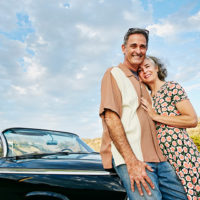