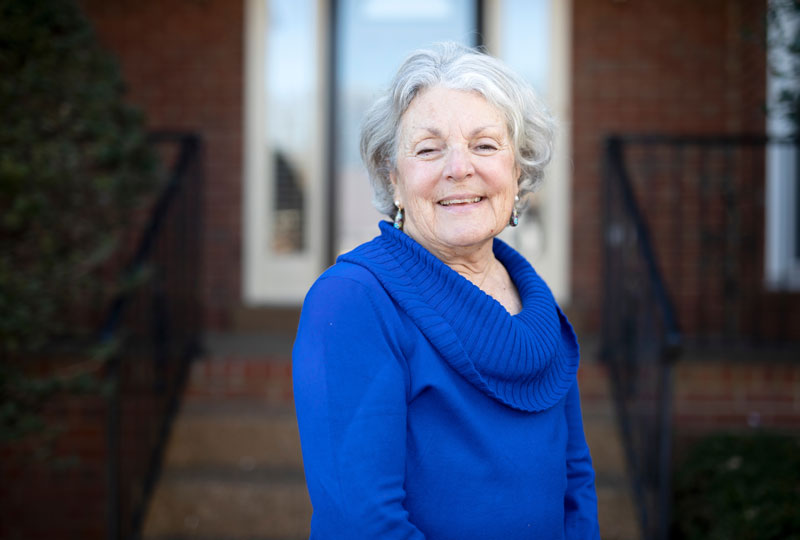 DBS made a dramatic difference for this grandmother, especially regarding her tremors.

On vacation in 2006, Anne Virostko, 59 at the time, got frustrated while trying to read. Her hands shook so badly she could barely hold the book.

Shortly afterward, she was diagnosed with Parkinson’s disease. Parkinson’s is a disorder involving the nerves and motor (muscle) control. Its cause is a loss of brain cells that make dopamine, a substance that helps control muscle movement. Tremors – shaky hands, trembling legs and face – are the best-known symptoms, but the condition can also cause stiffness and slow movement and affect balance and coordination.

Parkinson’s gets worse over time, and there is no cure. Virostko’s first stunned reaction was, “I haven’t had any grandchildren. I want to be able to hold them” – would that be possible with shaky arms? “And, I’m a person who smiles all the time. I thought, ‘there goes my smile.’ ” Would her face stiffen into a rigid expression?

What worked right away, what came later

Shortly after her diagnosis, Virostko retired, to focus on staying as healthy as she could. “I decided that every possible leaf that could be upturned to fight Parkinson’s, I would use.”

First she turned to daily exercise, which has been shown to improve Parkinson’s symptoms. A year or two later, Virostko’s daughter-in-law, a runner, suggested a half marathon. Since then, Virostko has run several. “That was just a lifesaver. I got control back of my life a little bit. It made me feel like I was doing something very positive.”

Virostko also credits a bout with breast cancer in her 30s for preparing her to deal with another serious illness. “I had already worked through the mortality issues,” she said.

Yet she resisted one powerful treatment, deep brain stimulation, for more than 10 years. DBS places an electrode in the parts of the brain that help control movement. This battery-powered implant uses small electric pulses to stimulate the brain cells that trigger Parkinson’s tremors. The pulses help improve symptoms that respond to medication, but more consistently.

Virostko lived in Atlanta when she was diagnosed. She saw a neurologist there, but at that point felt generally healthy. Her family moved to Nashville in 2009, and Virostko turned to Vanderbilt University Medical Center for her care. She hadn’t ruled out DBS, but even despite her son’s urging to have the procedure, she couldn’t quite commit to it. She even scheduled DBS at one point, but backed out.

She was intimidated by the three-step procedure. In the first, doctors place bone markers and use imaging to plan the surgery; the patient is under anesthesia. Step two places the electrodes, and the patient is awake and talking with team throughout. The third step adds the battery and connects the whole system.

DBS is a sophisticated procedure, and at Vanderbilt there’s an entire team of people from different specialties who care for patients undergoing DBS. The group includes neurologists, neurosurgeons, neurophysiologists, neuropsychologists and physical therapists who are experts in movement disorders. Vanderbilt is also among the few hospitals in the U.S. with three neurosurgeons specializing in DBS.

Vanderbilt engineers and neurosurgeons developed some of the innovative tools used in DBS. These include software that lets the team predict the best place in the brain to place the DBS electrode, to improve its performance and reduce side effects. The system also uses frame-less technology, so the patient can move their head and body during the procedure – more comfortable than undergoing DBS that uses a frame.

Eventually, Virostko felt ready to face DBS. “I turned 70 and I thought, ‘If you’re going to do this, you better get on the stick, lady.’ Because I had been told that after 70, they had to do just the right side (of the brain),” and the left side at a later date. (Some hospitals will only do one side of the brain at a time for older patients, to lessen the stress on them.) Vanderbilt does not put an upper age limit on this surgery, and Virostko’s doctors assured her they could do both sides at once. Fenna T. Phibbs, M.D., MPH, told Virostko that if she had any misgivings, she could back out of the surgery even at the last minute – even on the gurney, on the way to the operating room! Ironically that gave Virostko the peace of mind to proceed. If she was going to have deep brain stimulation at all, it was time.

“They want you awake so they can talk to you while you’re going through the whole thing,” a daunting idea, Virotsko said, but “as it turned out, it really was not nearly as difficult as I thought it was going to be.” This was far easier than breast cancer surgery decades earlier, she added. Her surgery was expected to last four hours, but was completed in less than three. She felt no pain.

Deep brain stimulation aims to control the dopamine-responsive symptoms of Parkinson’s, including tremors, slowed movement and stiffness. It won’t cure the illness. Virostko expected that DBS might create some side effects, such as changes to her speech, but she felt that controlling tremors was a good trade-off.

“I have a video of me that was made prior to the DBS. It was just unreal,” Virostko said. “Every time I wonder, ‘should I have had it done,’ all I have to do is look at that video and I can see immediately how — it had gotten to the point where my chin was tremoring so frequently, I would bite the inside of my cheek.” This, despite several medications.

Virostko astounded her doctors by visiting Cheekwood Estate & Gardens in Nashville the day after deep brain stimulation. Two months later, she was on a trip to Florida. After DBS, Virostko’s tremors ceased. Two years later, they’re still gone. “I take half the amount of meds that I used to take,” she said. “That is huge because the more meds you take, the more complications you can have.”

Her initial fears about Parkinson’s have not been realized. By late 2020, she had eight grandchildren, “of whom I’ve held every single grandchild. I still smile! Right before the DBS, that was starting to fade. I guess I was starting to have that mask-like appearance, but once I had the DBS, my smile was back.”

Deep brain stimulation does not banish Parkinson’s, and in late 2020, Virostko, by then 73, acknowledged that she’s having increasing difficulty walking. “My speech so far has been fine. I feel like there have been very small cognitive changes, but they’re not even necessarily something that another person who doesn’t know me would pick up on.” Parkinson’s can interfere with normal sleep cycles, but Virostko sleeps through the night most of the time now. She credits the DBS, plus an antidepressant she began taking for anxiety. (“Most people, when they think of Parkinson’s, all they think about is the tremor. They don’t realize how hard it is to live with it because it affects every system in your body,” she said.) Despite better sleep she gets fatigued as the day goes on, also typical for people with Parkinson’s.

She has follow-up appointments with Dr. Phibbs every three to four months.

“When I used to cook, my kitchen would be a mess because I couldn’t pour a cup of oil or anything like that anymore without it going everywhere,” Virostko continued. “My grandchildren, you take them to the zoo and you hold on to their hands – well, they grew up knowing this is Nana with her shaky paws. It’s nice not to have that anymore.”

Despite her longtime reluctance to undergo this procedure, Virostko today says, “I would not I want to see where I would be without the DBS, because I don’t think I would be moving around as much as I am.” If she feels discouraged, her husband, Nick Virostko, plays the video taken before her DBS and says, “ ‘This is where you were, and this is where you are now.’ It’s just unbelievable, the difference.” 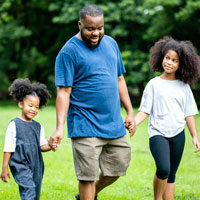 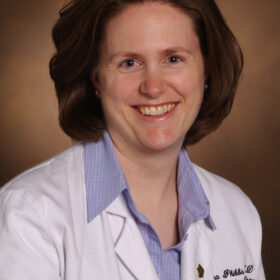 Fenna T. Phibbs, M.D., MPH, is an assistant professor of neurology. She specializes in movement disorders, including Parkinson's disease, Tourette syndrome, Huntington's disease, dystonia and others.

Fenna T. Phibbs, M.D., MPH, is an assistant professor of neurology. She specializes in movement disorders, including Parkinson's disease, Tourette syndrome, Huntington's disease, dystonia and others. 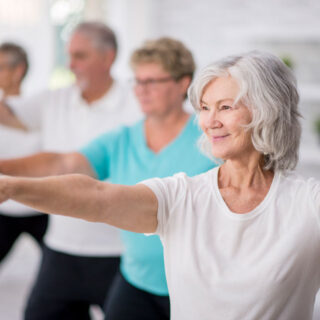 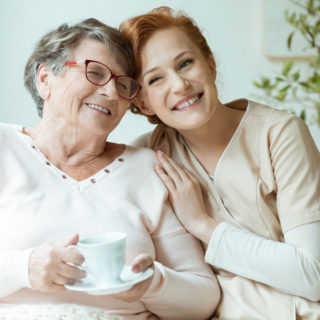 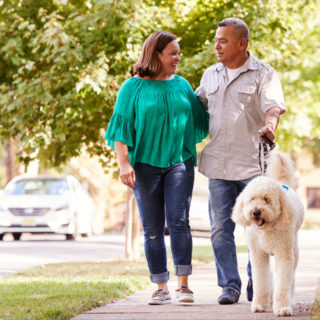