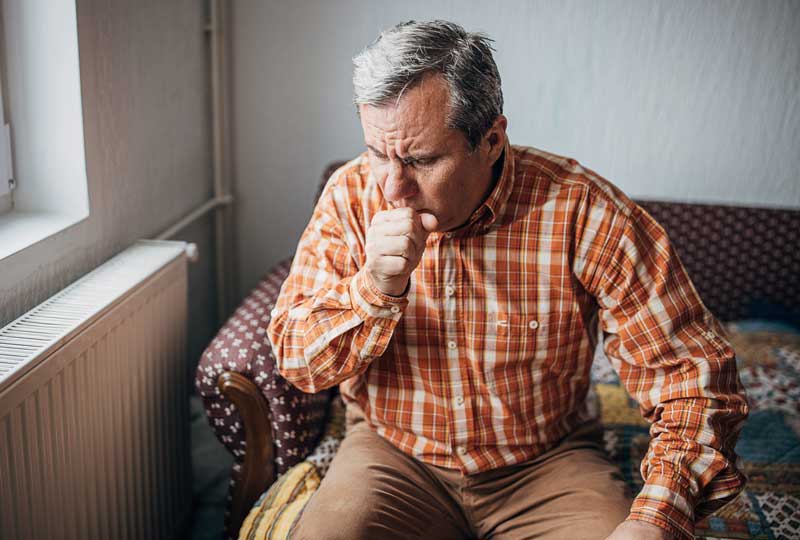 Know the risk factors and symptoms for COPD

Chronic obstructive pulmonary disease, or COPD, affects more than 16 million people in the United States. Emphysema and chronic bronchitis are the two main types of COPD. Both conditions can cause shortness of breath, especially with activity. But when should you talk to your doctor about potential symptoms?

“It can be a little bit tricky to diagnose early on because often the symptoms are pretty minute,” said Michael Lester, M.D., at Vanderbilt Lung Institute. “And there’s not a signature symptom or hallmark that tells you this is definitely COPD.” However, Lester said you shouldn’t ignore the symptoms listed below.

“The only way to really know that what you’re dealing with is COPD is to see a doctor and have lung function testing done,” he said. “There are some specific markers and cutoffs in the lung function tests that give us a good idea of whether COPD is the culprit.” Sometimes imaging of the chest can also help confirm a diagnosis, he added.

You notice increased difficulty with activity

“The first thing that people often complain of is mild respiratory limitation,” Lester said. “Patients will tell us that they noticed they weren’t able to walk quite as quickly as their peers on flat ground.”

Or you may be having trouble climbing stairs or hills — or just doing activity in general. “A lot of times,” Lester said, “people tell us they notice that trying to do yard work is a little bit harder than it used to be.”

Just because you’re a bit short of breath doesn’t automatically mean you have COPD, he said. But changes in your breathing or your ability to do activities could indicate a change in lung functioning, and you should be evaluated.

“A lot of people will tell us that they’ve had a cough for years,” Lester said. “Many of them are active smokers, and sometimes it’s hard to differentiate from a chronic smoker’s cough.” However, if you’ve never smoked and have developed a cough that won’t go away, or if you’ve quit smoking and are still producing a thick phlegm, you could have chronic bronchitis, a type of COPD.

You have a history of smoking

Although not a symptom, a history of smoking in addition to changes in your respiratory health could be an indication that something is wrong. “The significant majority of people who have COPD have a significant smoking history,” Lester said.

The risk of COPD increases based on your smoking impact years. “The rates of COPD are pretty low until you’ve smoked the equivalent of a pack a day for at least 20 years,” Lester explained. “Or it could be two packs a day for 10 years.”

You have other risk factors

Some environmental exposures and pollutants can also cause COPD, but more research is needed. You should also be aware that COPD can be genetic and therefore not related to smoking or exposure.

“Some forms of COPD can be passed down from one generation to the next,” Lester said. “The most common type is from alpha-1 antitrypsin deficiency. It’s a genetic change in a protein that protects the lungs from the immune system. If you don’t have it, then there’s some destruction of the lung going on at a low level for many years, and eventually it results in COPD.”

If you have family members who developed symptoms of COPD before age 50, who have COPD but didn’t smoke or who have liver problems, talk to your doctor about your family’s medical history. 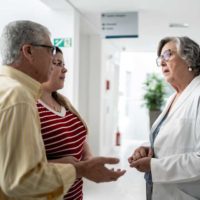 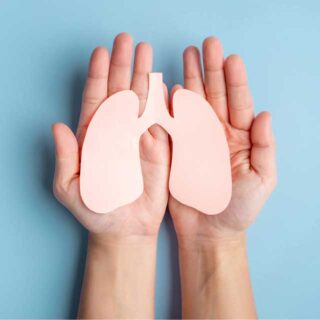 Am I a candidate for a lung transplant? 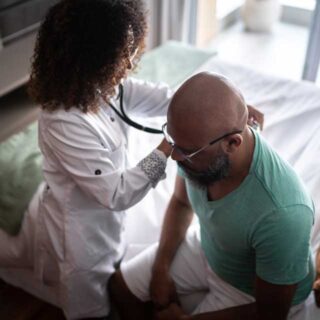 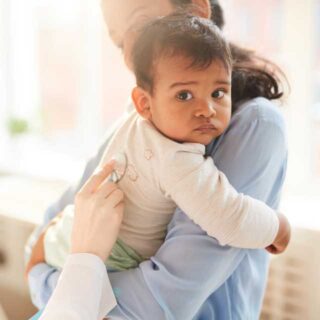