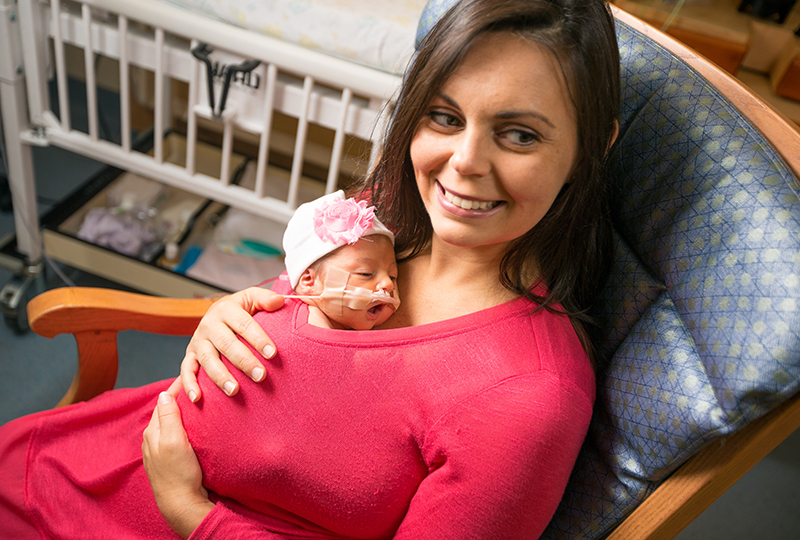 Kiersten LeBar was just over 36 weeks pregnant with her second child in April 2017, when her water broke unexpectedly at 4 a.m. She and her husband, Kevin Ferraro, scrambled to find someone to watch their 5-year-old son, then headed to the hospital. “A few hours later, we had a premature baby,” LeBar said.

LeBar, a nurse practitioner, is the advanced practice manager in the NICU — but she never expected to be there as the mother of one of the unit’s tiny patients. Because of her clinical background, however, she knew what she wanted to do. As soon as she arrived in the NICU to see Giavanna, she asked: Could she hold her daughter right away, right up against her chest?

The nursing staff agreed to let LeBar hold newborn daughter in a technique called “ventral skin-to-skin contact,” which has been shown to improve premature infants’ health, both short- and long-term. The baby is undressed or unwrapped and placed against the mother’s bare skin, nestled against her chest.

A cozier name for this method of holding a new baby is “kangaroo care.”

“When babies lie on their mothers’ chests, all the studies show that their oxygen saturation goes up, and their respiratory rate — that is, how fast they’re breathing — goes down. And their heart rates go down, too,” explained LeBar. “So I was anxious to hold her because I knew that would help her.”

Research shows a variety of benefits from kangaroo care — even if it is only a few minutes each day. According to the American Academy of Pediatrics, some of those benefits include:

Some babies even cry less because they feel comforted by the close contact with their parent. In addition to providing those important health benefits for the baby, kangaroo care can be a wonderful bonding experience for a parent and child.

As LeBar leaned back into the rocking chair, she opened the top of her robe and nestled her small, warm baby against her skin. Sure enough, Giavanna’s breathing rate dropped as she snuggled up against her mother. The nurses soon found they could turn down the amount of oxygen she was receiving through the tube in her nose.

“It was amazing,” LeBar said. “I held her that first time for three hours. She was doing so well that I didn’t want to get up.”

It’s not hard to do, and it doesn’t require any special equipment. Want to see what benefits kangaroo care can offer your newborn?

Kangaroo care isn’t just for mothers, either. Dads are encouraged to give it a try, too. LeBar’s husband has spent more than a few hours with his new daughter cradled up against his chest.

“And he loved it,” LeBar said. 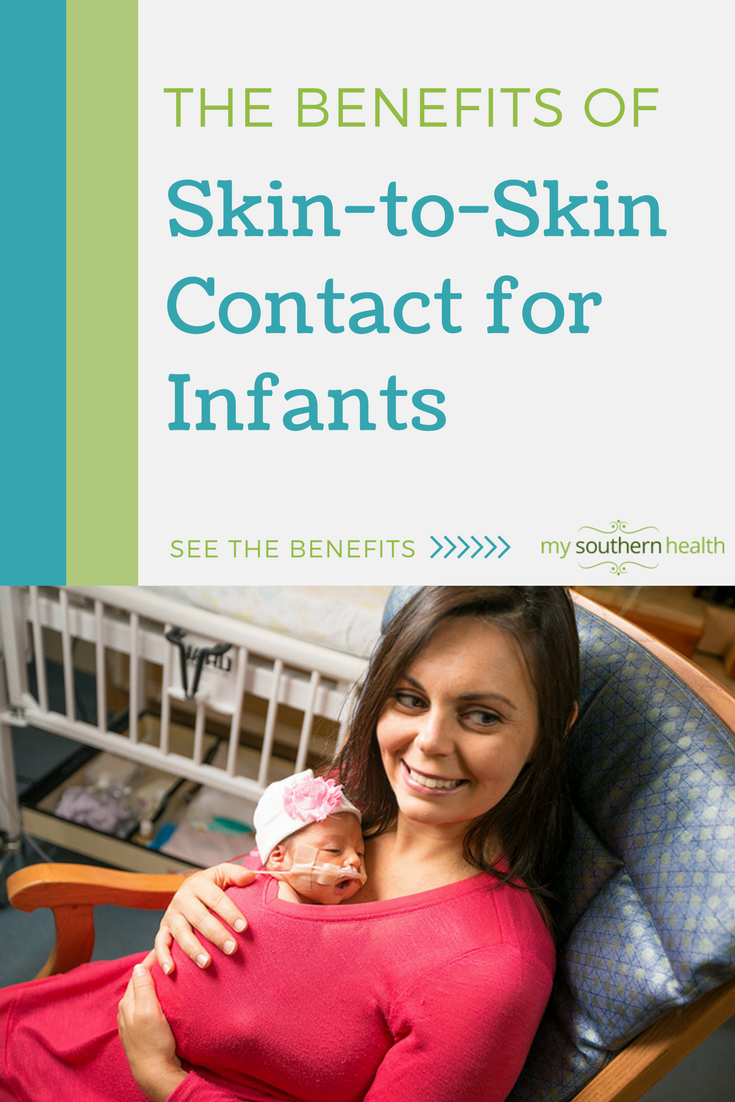