A Q&A with a Nashville Predators team physician 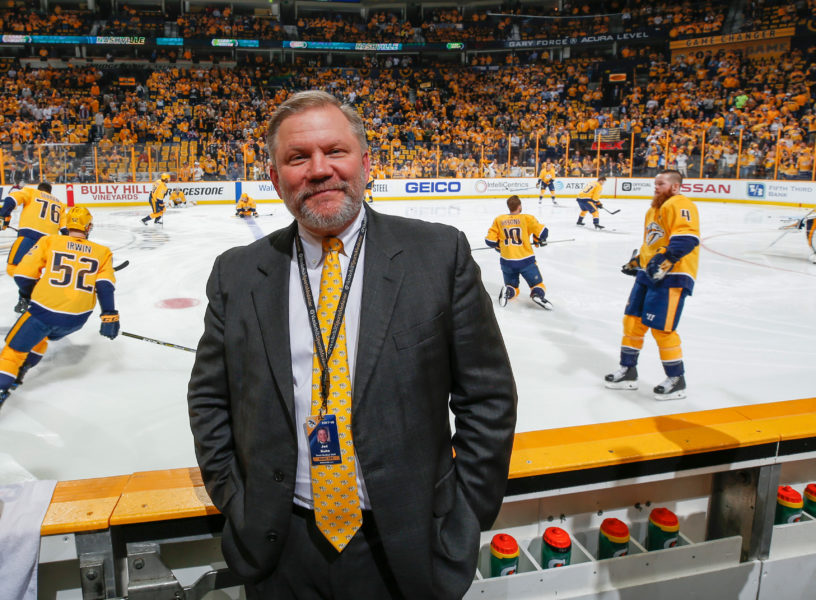 Jed Kuhn, M.D., an orthopedic surgeon at Vanderbilt University Medical Center, and Paul Rummo, M.D., also a Vanderbilt orthopedics expert, together are the head team physicians for the NHL Predators. They help keep Nashville’s beloved hockey stars healthy and ready to perform at their best.

It takes a team of medical experts to care for a team of athletes. In addition to Kuhn and Rummo, Vanderbilt neuropsychologist Gary Solomon, Ph.D, and Vanderbilt specialists in emergency medicine, plastic surgery, ophthalmology (eye care) and dentistry also serve the Preds.

Being a team physician is not always what you’d expect. Kuhn describes what the life of a Preds team doctor is really like.

What does a team physician do?

A team physician is available for the players, their families, the coaches and front office staff to help them with whatever medical needs they may have. He or she will do pre-season physicals, a post-season physical, and be available for any illnesses or injuries occurring during the course of the season. We generally are available during games, as that is when injuries are most likely to occur.

How did you become a Predators team physician?

When Vanderbilt negotiated with the Predators 10 years ago to be the team’s official healthcare provider, I volunteered to be the head team physician, with Paul Rummo. Prior to this, I was the head team physician for the University of Michigan ice hockey team, and the USA National Development Program in Ann Arbor, Michigan. I worked with the best 15- to 17-year-old players in the country and traveled throughout Europe, Scandinavia and Russia serving as the team physician for USA Hockey Teams.

What medical training is necessary to be a hockey team doctor?

When in the season do you start working with the team?

The season really is year-round. We have development and conditioning camps in early July for young prospects. The rookie camp is in early September. The regular camp starts about a week later. The regular season begins in October and runs through April. Playoffs start in April and — if the team wins the Cup — runs through mid-June.

Do you go to practices? Do you travel with the team?

As team physicians, we are available 24/7. We do physicals on every player at the beginning of the season and exit physicals at the end. We do not generally attend practices. Most injuries occur during games. We cover every home game during the regular season.

While covering home games, we cover the visiting teams as well. This is something that is across the entire league, so it reduces the travel burden on physicians. While not required, I usually will fly with the team to a few regular-season away games for fun. When the playoffs begin, we do travel with the teams.

Where do you usually treat the players?

What’s the most common medical issue the players experience?

Players get the same medical problems that most people get: colds, flu, GI distress (stomach ailments). The close environment of the players can lead to some interesting medical problems as well. A few years ago, the NHL had a mumps epidemic. Sleep deprivation is common in hockey players.

Do they really get a lot of teeth knocked out? (Ouch!)

Yes. That is common in hockey, even though most players wear mouth guards. We have dentists at every game!

What was the scariest injury you’ve handled for the Preds?

There are a few serious things that have happened in ice hockey. Cervical spine (neck) fractures are a big concern. Lacerations (slicing cuts) to arteries are another. Finally, heart arrhythmias have also happened. Every year at the beginning of the season, the doctors, trainers and LifeFlight ambulance personnel practice how to handle these things on the ice.

Do the players come to you to fix lots of little problems? Or are they afraid you’ll say they shouldn’t play?

Ice hockey players are among the toughest in any sport. They will often play with injuries that would sideline athletes in other sports. They do, however, appreciate the need to take care of their bodies, as they want to have long careers. It would be unusual for a player to try to avoid treatment, and they are very good about following medical advice.

How do you keep up with the game’s action — rink-side? Or behind the scenes?

We have great seats about eight rows behind the bench. The NHL requires that we are within 75 feet of the ice so we can respond to emergencies. I have a radio headset on which we can communicate with the athletic trainers, who are on the bench. If a player is injured, we rush down to the locker room to assess him. Working a game as a physician is different than seeing it as a fan. I spend a lot of time watching the trainers on the bench and watching behind the play to see if a player will need attention.

Some players hail from other countries and speak more than one language. Have you learned any foreign language?

We have players from the U.S., Canada, Switzerland, Canada, Finland, Sweden, Russia. In the past, we have had players from Germany, the Czech Republic and Belarus, and of course Quebec, where French is the primary language. The players all learn to speak English well.

I am personally fluent in Canadian English.

I do know a little Russian and am trying to learn some Swedish.

What would surprise people most about caring for this team?

Historically, fighting was a bigger part of the game. Most people would not think that the fighters are some of the kindest, fun-loving, compassionate people on the team.

What do you like best about working with the Predators?

The culture of hockey is inclusive, caring and hard-working. The Predators under the leadership of the General Manager David Poile has one of the best cultures I have ever seen. The management and team, coaches and trainers really do care about the players and their families.

The biggest challenge occurs during playoffs when we travel with the team. For each round, we find out our schedule for the next two weeks just a few days before the games start. This makes it difficult to schedule patients in the office and schedule surgeries. Fortunately my patients are Predators fans, and they understand if we have to move things around a bit.

These guys must be incredibly physically fit. Compare their fitness level with what most of us manage?

Hockey players are some of the most physically fit athletes in sports. Their game requires, speed, strength and incredible agility. They play an 82-game season of an intense contact sport, which requires incredible endurance. They train year-round, but the season can wear them down. That is one reason it is very hard to repeat winning the Stanley Cup. If the season does not end until mid-June and the next season starts eight weeks later, there is little time to rest and recover.

Have you seen any catfish-related injuries?

So far, we have not had any catfish-related injuries. It is generally dangerous to the players to throw things on the ice — imagine going almost 30 miles per hour and your skate hitting something that stops you suddenly! 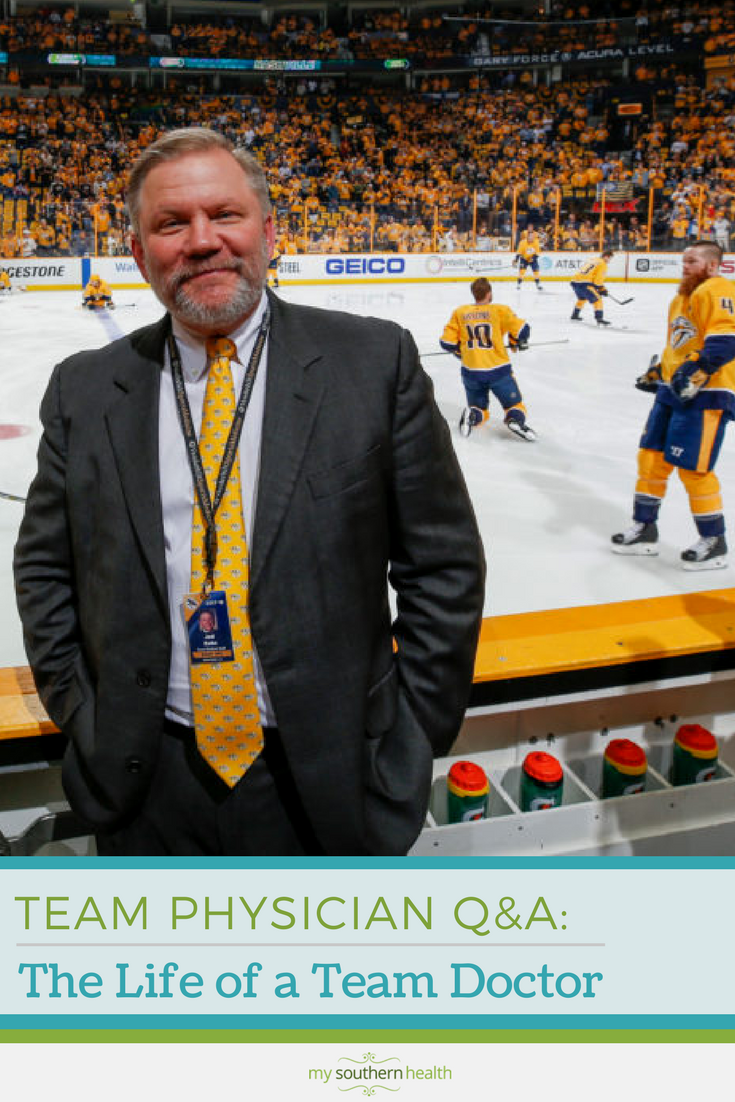 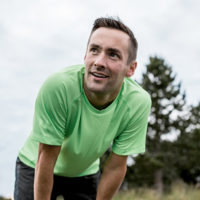 Learn more about Vanderbilt’s orthopaedic team and schedule an appointment: 615-936-7846. 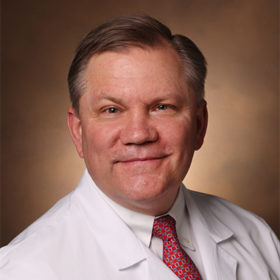 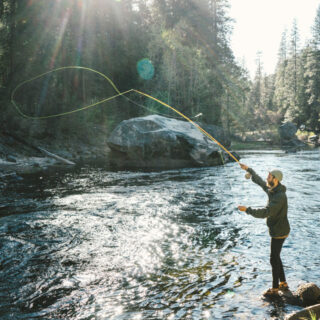 Fly-fishing fans: 3 tips for reducing pain in the shoulder, arm, elbow or wrist 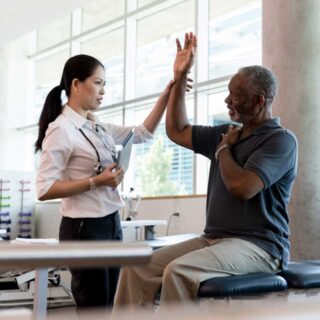 What to expect after shoulder replacement surgery 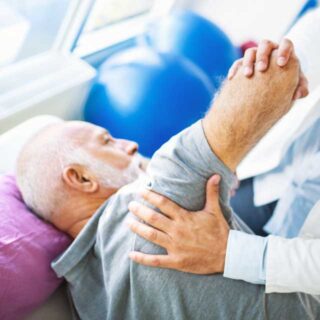 Rehab after shoulder replacement: What you need to know about physical therapy