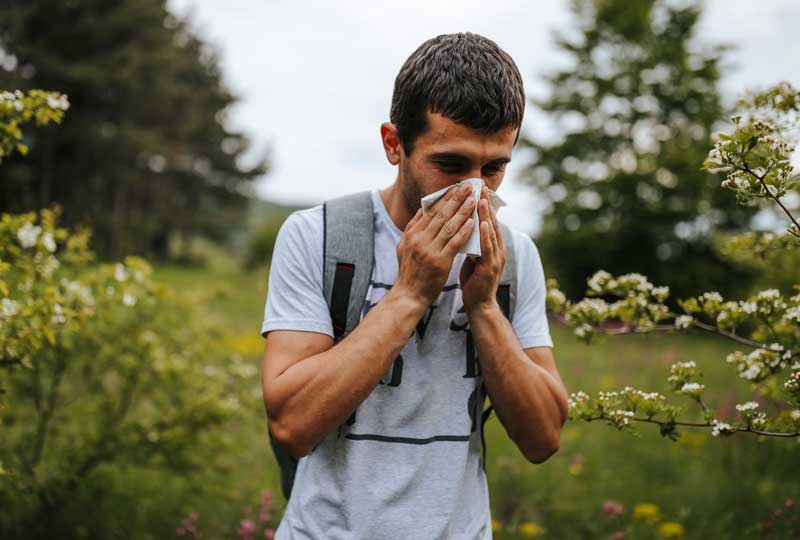 When and why you might need to seek help from an allergist for immunotherapy.

If late summer into fall causes your eyes to itch and nose to run, you could be suffering from a ragweed allergy. Just one ragweed plant can release up to 1 billion pollen grains, and those grains can travel hundreds of miles. If you’re experiencing irritating symptoms, you may wish to see an allergist who can help you find the right combination of solutions.

When is ragweed allergy season?

The climate and weather where you live dictates when ragweed season begins. But in many places, ragweed season has started earlier over the last several years as a result of climate change, Dworski said. In the Mid-South, ragweed season typically begins in mid-to-late August and lasts until the first frost kills the plants. “So it is quite a few months in our area,” he added.

What are the symptoms of a ragweed allergy?

Symptoms may include itchy and watery eyes, nasal irritation, and a scratchy throat or cough brought on by post-nasal drip. If you have allergic asthma, then ragweed pollen may also trigger bronchospasm.

When should I see a doctor?

If you have symptoms that typically crop up around the same time each year, Dworski said you should see an allergist at least once to confirm that seasonal allergies are the cause. An allergist can then help you find the right treatment. “You’re really talking about systemic disease,” he said. “Mediators of inflammation can be found in blood.”

When left untreated, allergies can lead to infections and other concerns. “There are data showing that students do worse in school because they cannot concentrate,” Dworski explained. And symptoms, such as nasal congestion, can trigger an uptick in migraine frequency.

What are the treatment options?

There are three major options for ragweed allergy treatment and prevention, Dworski said.

“Avoidance of an allergen is important and very helpful,” he explained. During ragweed season, keep windows closed. If you’re running your air conditioner, make sure it has a HEPA filter. “Someone who likes to exercise outdoors should do so earlier in the morning because the quality of the air is better,” Dworski recommended. And if you have been outside, shower and change clothes afterward.

“The first thing I always discuss with a patient is nasal lavage with saltwater,” Dworski said. “It’s very simple and safe.” An allergist can instruct you on the proper method.

Next, he said he recommends various medications. But every patient needs guidance on how to use the right combination and when to start, Dworski explained. Over-the-counter nasal corticosteroid sprays, like Flonase, can be a big help. “The treatment should be started about two weeks prior to the start of the expected season,” he said. For relief, you must take corticosteroids every day as directed. Antihistamines are often used in combination with corticosteroids. Options include oral, nasal and even eye drops, depending on a person’s symptoms.

Avoidance and medications help with symptoms. But those methods won’t cure allergies. “The concept of immunotherapy,” Dworski said, “is to develop a tolerance to allergens by desensitizing the immune system, which is responsible for the generation of the inflammation.”

If you are a candidate for immunotherapy, you will undergo allergy testing via a skin or blood test. Then your allergist will prescribe a course of allergy shots based on your specific triggers. “This is very involved therapy,” Dworski said, “because typically patients will continue allergy shots for five years.” Immunotherapy, which should only be prescribed by a board-certified allergist, takes months to begin working. And it should be used in combination with avoidance and medications, especially over the course of treatment.

“Many patients, at the end of therapy,” Dworski said, “just tolerate the environment much better, or they don’t develop symptoms.” In some cases, immunotherapy is also available as an oral disintegrating tablet rather than shots. 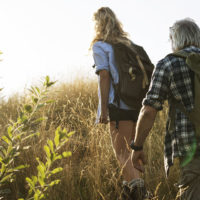 Allergies, asthma and sinus problems can produce similar symptoms, ranging from annoying to life-threatening. At five locations in Middle Tennessee, Vanderbilt Asthma, Sinus and Allergy experts give you an accurate diagnosis and treatment tailored to you, your symptoms and your life. 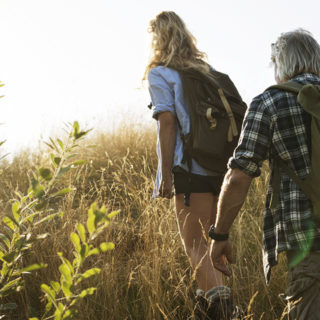 Spring allergies may be worse in the South 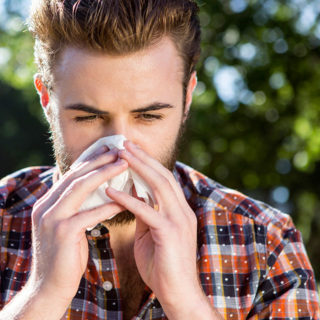 Get prepared for tree and grass pollen allergy season