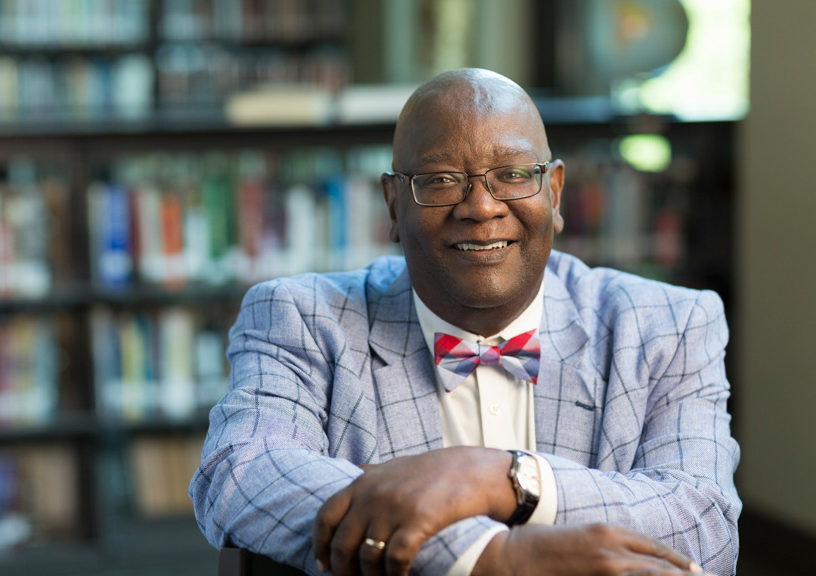 These are the warning signs for an inherited condition that can lead to kidney failure.

A sharp spike in blood pressure was James George’s first symptom before a diagnosis of polycystic kidney disease, but it wasn’t his first warning.

“My mom had discussed it with us and explained the disease,” said the now 67-year-old father and grandfather. His mother had the disease and so did her sister. All four of James’ siblings have been diagnosed.

What is polycystic kidney disease?

Polycystic kidney disease is an inherited disorder in which cysts – clusters of fluid-filled sacs – form in the kidneys, interfering with kidney function and sometimes causing issues for other organs, including the liver.

A somewhat common genetic disorder, polycystic kidney disease affects about 500,000 people in the United States. Children whose parents who have the disease have a 50 percent chance of developing it.

In James’ case, he needed a liver transplant first because of the damage the disease did to his liver. As his kidney function decreased, he began taking dialysis, often going with this mother, then had a kidney transplant about 10 years after the first surgery.

“People who need kidney transplants have some form of disease that causes kidney failure,” said Rachel Forbes, M.D., James’ Vanderbilt kidney transplant surgeon. “James’ was polycystic kidney disease. It’s usually inherited in families, and causes cysts in the kidneys and liver. The cysts basically take over the normal function and the kidneys are unable to perform as they usually would. These cysts often get very large, sometimes thirty pounds, because it is filled with so many fluid cysts.”

Knowing you family history and discussing it with your healthcare provider are both important for detection of polycystic kidney disease.

Symptoms appear differently in patients, but the most common symptom is high blood pressure. Other symptoms include:

A polycystic kidney disease diagnosis may require patients to change the way they eat to control blood pressure. According to the National Institute of Diabetes and Digestive and Kidney Diseases, following a healthy eating plan can help. Healthcare providers often recommend a diet for people with polycystic kidney disease called the DASH diet, which focuses on fruits, vegetables, whole grains and foods lower in sodium.

Read more about “11 tips for controlling blood pressure with the DASH diet” here. 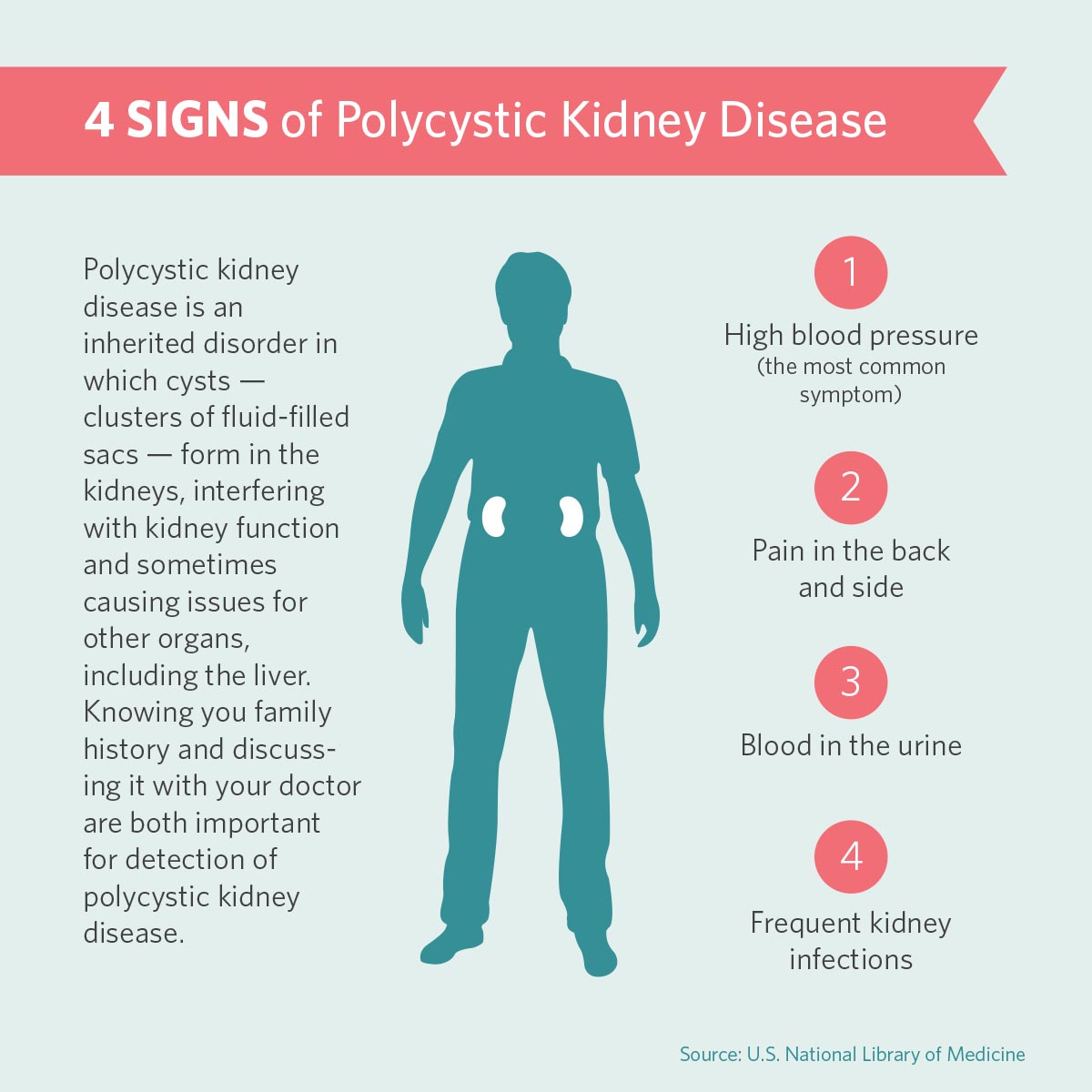 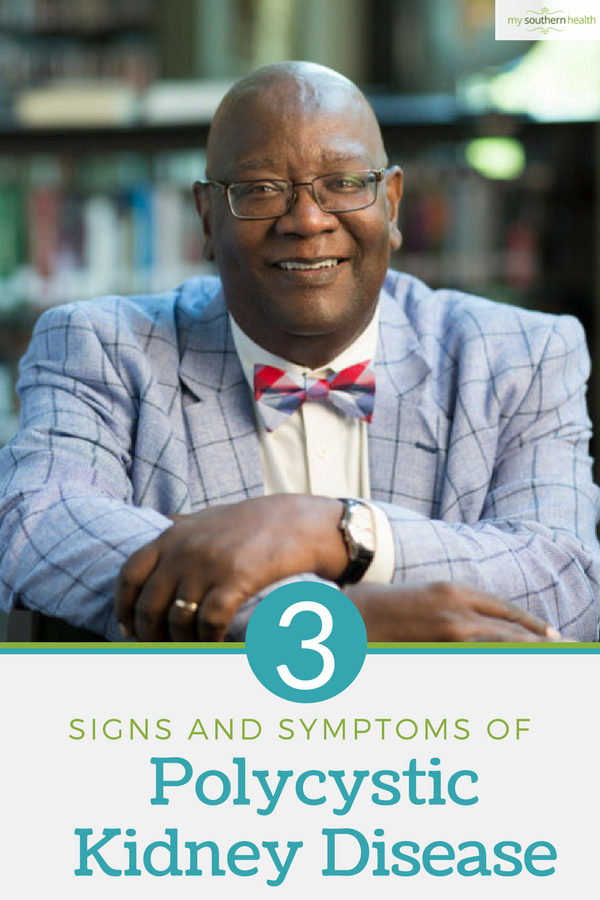 The surprising importance of eating as a family