The benefits of penicillin allergy testing

You can safely check if that penicillin allergy in your medical history is truly an issue that could keep you from treatment.

“Between 8% and 15% of all people in the United States have a penicillin allergy in their chart,” said Cosby Stone, M.D., an allergist and immunologist with Vanderbilt’s Drug Allergy Clinic. “And what we find is that if you test 100 people you have to test between 95 and 99 to find even one person who is allergic. So only between 1% and 5% of people who think they are allergic actually are allergic under current practice.”

Why you may not have a penicillin allergy

Penicillin allergies are typically diagnosed in childhood, usually before age 3. But often the symptoms that lead to a penicillin allergy diagnosis aren’t actually an allergic reaction, Stone said. “Sometimes the person is being treated for what is thought to be a bacterial infection, but it’s actually a viral infection,” he explained. “Then that viral infection causes a rash, and the drug gets blamed for the rash.”

Additionally, a virus could interact with penicillin and cause a rash. “Oftentimes teenagers will get mono,” Stone said. “If you give amoxicillin, thinking that it’s strep throat and not mono, quite frequently you will get a rash that everybody blames as being a penicillin allergy, but it’s really a very specific interaction between the drug and the virus.” Also, antibiotics can cause other self-limited rashes during 2% to 5% of all treatments, but most antibiotic-related rashes don’t signify an actual allergy, he added.

Other folks may have experienced minor side effects from penicillin treatment and worried those side effects were indicators of an allergy. “Things like nausea, vomiting and diarrhea can happen with penicillin antibiotics,” Stone said, “but in isolation, that’s a side effect rather than allergy.”

Even if you were diagnosed with this true allergy in childhood, you may have grown out of it in adulthood. “So unless it was a really severe skin rash that landed somebody in the hospital’s burn unit, or the immune system caused damage to the organs or blood,” Stone said, “recent research indicates that people appear to grow out of basically every other form of penicillin allergy.”

The benefits of penicillin allergy testing

Removing a penicillin allergy from your chart when possible removes barriers to care for common illnesses, preventive procedures and life-threatening emergencies.

Removing this specific allergy from your chart when possible removes barriers to care for common illnesses, preventive procedures and life-threatening emergencies. “The reason to get rid of your penicillin allergy,” Stone said, “is because when you show up at the doctor’s office, the emergency room or the operating room, it’s going to affect their decision-making. They may have to choose second- and third-line antibiotics that might be less effective for the thing that you want to treat.”

The first thing the allergy team will do is ask you about what happened when you were first given penicillin that led to the allergy diagnosis. “How long ago was that? And what did you have to do for it when you had that reaction?” he explained. “Then we can use that history to put people into different categories of risk.”

If your original reaction to penicillin is consistent with something that’s a low to moderate risk, then likely you’ll receive an allergy skin test. If that is negative, you’ll be given a dose of amoxicillin and remain under careful observation for about 90 minutes.

“We’ve removed hundreds of penicillin allergies just by giving somebody a dose of amoxicillin and watching them,” Stone said. If you tolerate the dose of amoxicillin, that means that you’re not at risk of anaphylactic shock, a severe allergic reaction. 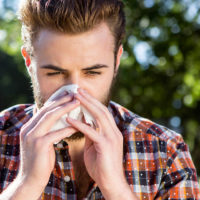 More than 90% of people who are told they’re allergic to penicillin are not. Vanderbilt Asthma, Sinus and Allergy can safely test you for a penicillin allergy. To schedule, call 615-936-2727 or visit VanderbiltAllergy.com. 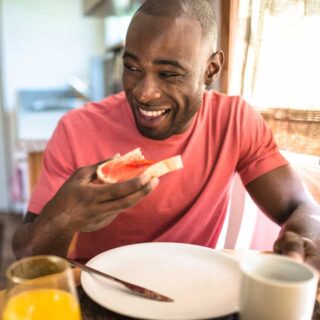 Wondering if your food allergies have changed? Try a food challenge 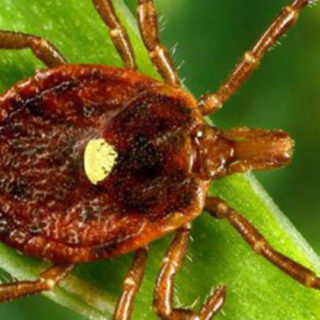 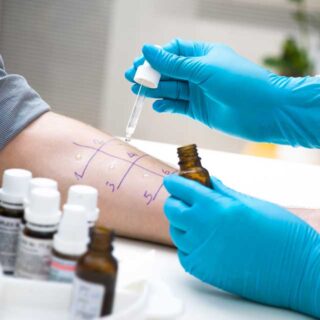 What to expect with allergy testing